More Pan-Gea stuff. This one was cool because a guy sent me a sketchbook in the mail so I could draw directly into it. It wasn't "his" sketchbook, in the traditional sense. He would take to conventions and pay comic artists to draw in it. Most of the art already in the book was from creators I didn't know but there was at least one or two pieces from big names. I just can't remember who the hell they were.

It struck me as a bit odd and risky to send a stranger such a treasure and ask them too doodle in it. But it turned out pretty good, I think. There's a color version of this that will show up in the series later. Since I'm getting old and senile I might forget I wrote this one and repeat the story like a codger telling tales of The Big One. 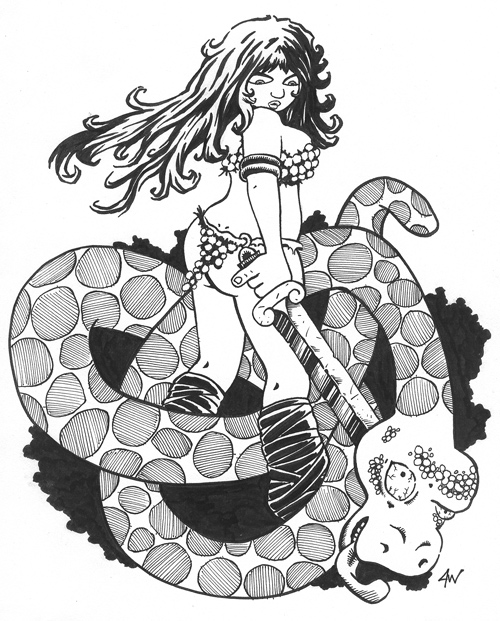