Zarp! This character came out of the early 2000s and appeared in numerous little comics between then and the mid-2000s. I still sketch and doodle this guy from time to time and I still have lots of scripts and story drafts featuring him. He's great. I wanna do more Zarp comics... but I'm also very lazy and I know from years of firsthand experience that drawing comics is fuckin' hard work. Anyway... I have this idea for a wordless Zarp comic. Well, there might be dialog but it would be in weird alien scripts as Zarp encounters strange races of creatures in his wandering across a Pan-Gea world. Zarp himself would simply be unspeaking. So this would be 100% focused on visual storytelling. Because that would make it easier to do, right? 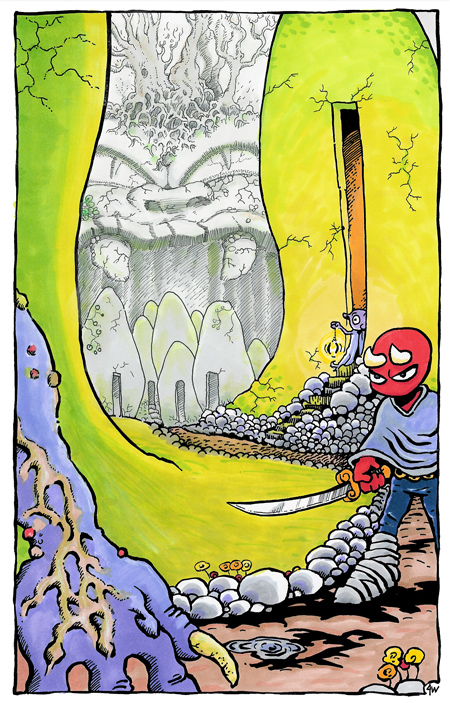 I really love this drawing. I did it on Paris paper for pens using my standard array of PITT pens and brushes coupled with Prismacolor markers (that was my arsenal at the time). Oh, and the background was drawn with a Micron 005.
Posted by James V. West at 5:46 AM