Winds of the Ice Forest is now available for your dice rolling and role-playing pleasure... 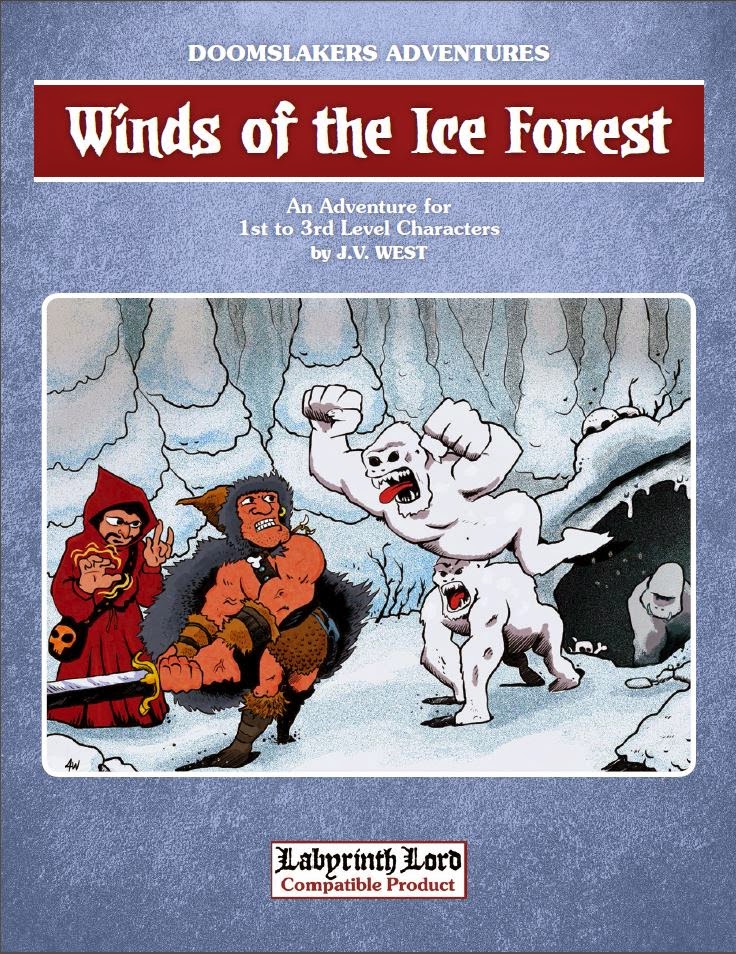 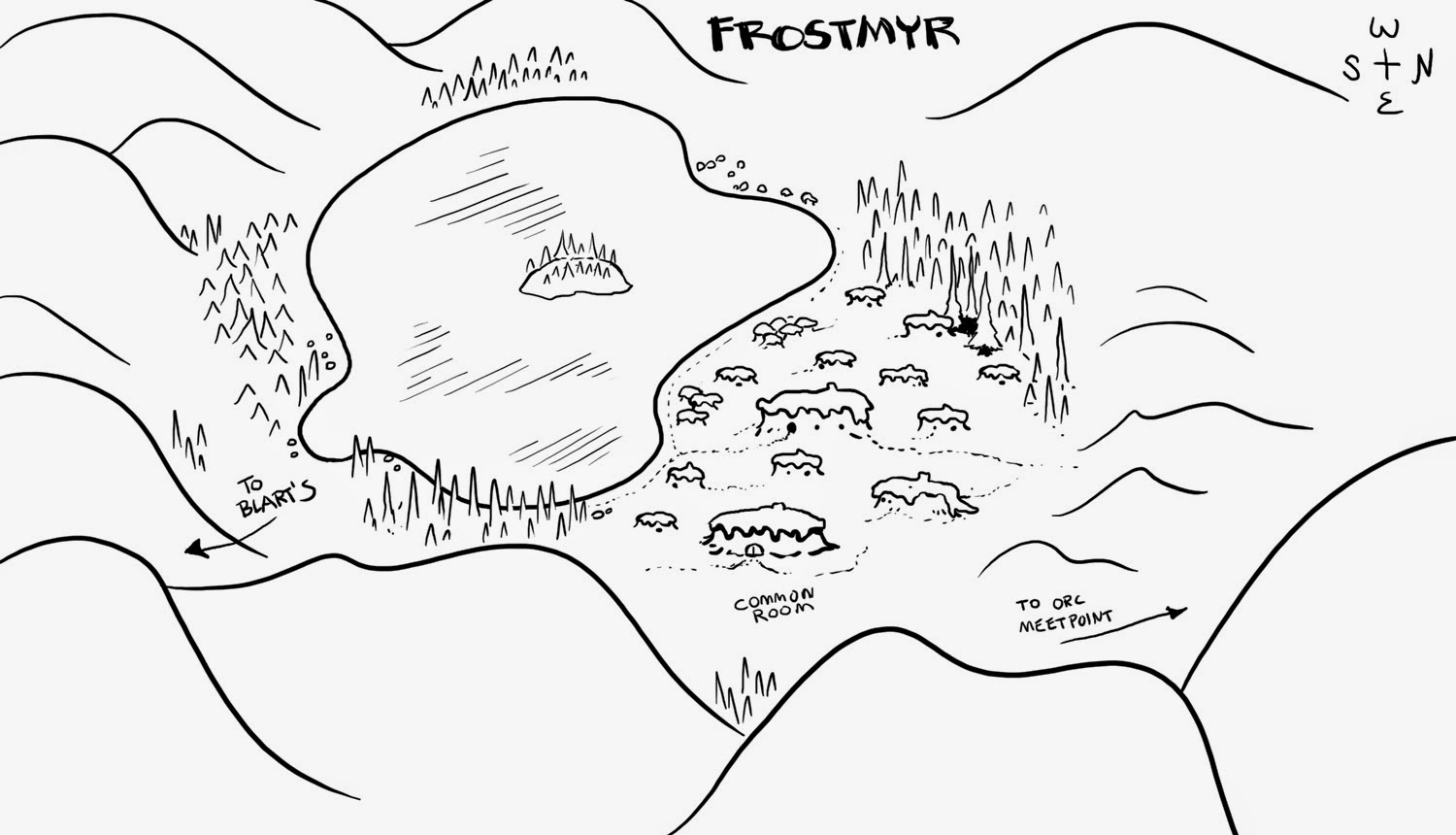 That night the air is thick with anticipation and energy. Sparruu dreams of a sacred temple, a giant serpent, and a coming fireball from the sky. Frothgar dreams of mighty Frimm battling snakes and worms and of a giant hammer. Gul’Daryh homes in on the magical aura of the lake itself, a convergence of elemental forces seems to be at its heart. And Argus, hungry, discovers an invisible assassin poisoning the food. Poor old Edda lies dead after tasting her own gravy.

The assassin is tracked to the treeline where the tracks vanish. Elf magic? Elves are known to step through the trees like stepping through doors.

Bjorn, the merchant, overhears the conversing heroes and offers his help. Back at his store they learn that many items, not just gloves, tend to become “magical” in the village. And not always in a good way. He demonstrates a simple pick that vibrates with raw energy. He tells of dancing spoons and floating shovels. And the man, sick it seems, falls dead before the heroes.

What evil is wafting from this village like a foul stench?

Later the team goes to Blart’s abode to discuss the items they left with him but the old wizard is gone. His wolf, Snowlope, drops a sack of their items on the ground and says his master has gone. The sack contains most of the things they left, sans the goddess figure and fancy sword. A note in the bag indicates that the Shrine of Worms is located at the bottom of the lake.

The dwarf Silverchain, who has been watching this unfold, steps up to offer her assistance, having a reason to desire the preservation of the goddess shrine she believes to be located nearby…specifically on the island at the lake’s center. She produces a small book which, using the magic goggles acquired in the labyrinth, Quilliam is able to read. It is a journal detailing the ritual to be enacted in order to awaken the evil of the Shrine of Worms…and it involves the slitting of dwarf throats!

Our resolute heroes retire to the rooms graciously provided by old Edda at the Common Room. But Frothgar, Skat, and Gul’Daryh volunteer to take watch along with the sheriff’s men, just in case the orcs make an assault…which they do.

The tricksy monsters try to attack from two directions but are met with fierce resistance. Then, in the midst of the battle, sheriff Tamar is taken down by an orc arrow. Sparruu, hearing the commotion, rushes out and lays on hands, praying to Miana Musina to save the man’s life. She accepts his prayer and the good sheriff is immediately healed of his wound.

Bjorn, the merchant, comes out of his store bearing gloves that glow with magic and commanding the orcs to scatter. The glowing image of a blond warrior appears above his head and the orcs, fearing this magic, flee. Bjorn collapses after using the gloves.

Blart trudges through the snow through the middle of the growing crowd and takes the magic gloves away. No one stops him. “I told you to stop messing around with this stuff.” He says, walking away.