Three stages of a drawing. I often sketch in black. Sometimes blue or sepia. It actually doesn't matter much to me since I'm drawing digitally. If I was drawing this on paper, I'd sketch lightly in pencil.

Here's a side by side of Supercalla and Cozmic Metal Heads. Now I gotta make this a trilogy, right? 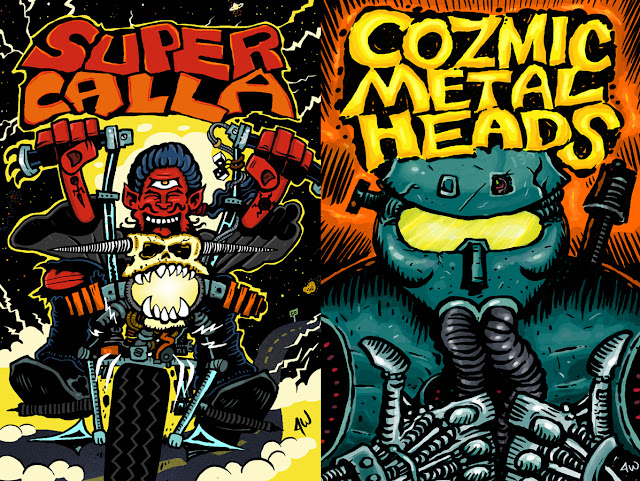 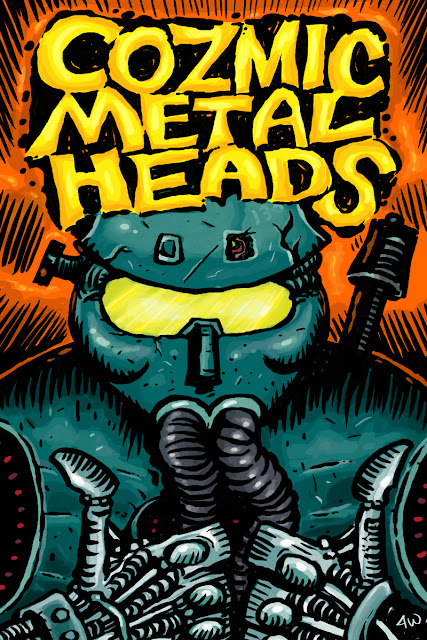 Cover finished... edits and playtesting happening. The threat is real.
Posted by James V. West at 12:00 PM No comments: 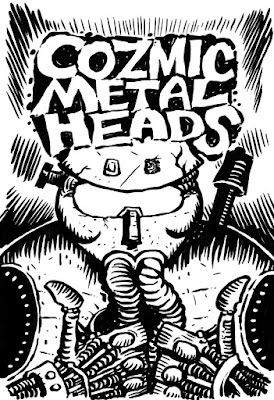 Inks are done. I tried to keep it more or less in the style of the Supercalla cover art, since it's technically part of that series.

Let's see... 99% of the writing is finished. I'm going to try to wrap it up today and send it off to Andy for some edits. Then I'll put it in Matt's hands and hopefully we'll see a new book real soon. 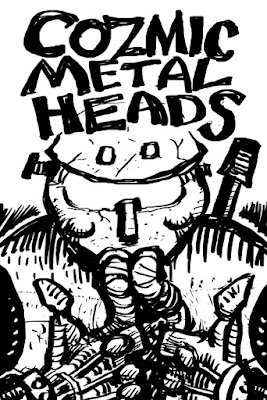 The RPG Folder Filled With Nothing But Love

Continuing this series of "reviews", as it were*. 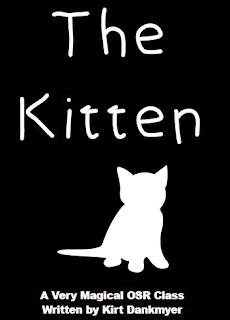 I wanna play a kitten. Seriously. I only deal 1 lousy point of damage per hit, but I only TAKE 1 damage per hit from supernatural enemies. That's frickin' cool. Werewolf? I gets tossed about, lick myself, walk away.

And I can cast spells? Dawg**. That's cool as shit.

Of course my most important power is cuteness. If I'm being cute, I can do stuff maybe a little easier than otherwise. And that's true of kittens in real life, right? If they want the sandwich they can get the sandwich more easily by putting on a cute air. 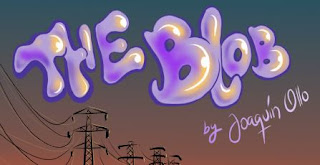 The Blob is a one page game by Joaquin Ollo. It's a weird little thing and I kinda dig the idea.

You are a blob. Everyone else is an egregore, which I gather is a kind of "hivemind" or thought form. So basically you haven't been assigned a shape and you navigate this weird landscape of other players who kind of try to impose rules on you and the endgame is you have a shape of some kind.

The Purple Worm Graveyard by Tony Dowler is Labyrinth Lord adventure for character levels 1-3 with juicy art by Ed Heil. I love Ed's art so much!

The adventure is about a worm god cult. It includes some "moves" that I believe are based on or inspired by Dungeon World stuff. But I'm no expert on that game so I could be wrong.

One thing I love most about this little adventure is the last sentence of the final encounter area: The large gong summons a purple worm. Now... this is based on old school D&D. And it's a low level adventure. So if the PCs make it this far and actually summon a purple worm... well, you know what that means. TOTAL PARTY KILL.

*It occurred to me just now that "as it were" is one of those phrases I sometimes use without knowing a damn thing about its origins. I'll look it up later. 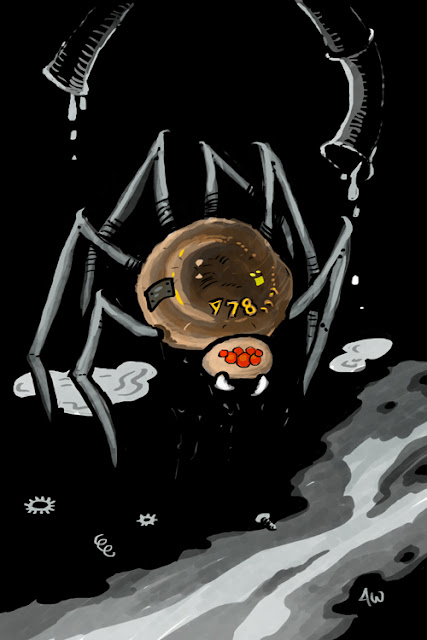 The new robot Troika! book is coming along slowly but surely. While at first I was just drawing robots because I wanted to, now I'm drawing some robots because I need them for the book. That's a bit of a shift, but since I'm still enjoying the process I don't think it will be a problem.

I'm about 75% through the first draft of the book, then I'll go through again and savagely edit and change stuff. Then I'll give it to Andy to edit properly, then Matt will do some funky layout magic, then we'll have a book to show. Nice.
Posted by James V. West at 9:20 AM No comments:

Time to look through some more random PDFs in my unsorted, messed up RPG folder.

Strike the Sandwhich by L.L. Blumire is 7 pages PDF in which exactly 1 page is content. I mean, it has a cover, which is cool. So we'll say 2 pages of content, counting the cover. So there are 5 other pages... some blank, some with legal mumbo jumbo. I'm not sure why on earth you'd do a PDF like that. Seriously... this entire thing could have been 1 page sans legal or 2 pages if you just want to include the OGL bit.

But ok, what is the content? It's an alternate hit roll system for Old School Essentials or any OSR type game. The idea is that you have an alternate AC method and a new "hit class" number. To hit your target, roll anywhere between those two numbers.

I mean... ok. But why? I don't want to be harsh to small publishers (I'm one of you), but I just don't know why this is needed. Or even desirable. It just feels like something you cook up as "you COULD do it this way" without much concern for why the hell would you. But you know... it's a simple enough system and I'm sure it works just fine. I just can't imagine why you would want to introduce another complication to solve a problem that kinda isn't a problem.

If I'm just not getting it because I'm possibly dense, feel free to comment and clarify.

Spell: the RPG by Taylor Smith seems to be a whimsical RPG (it's in the title) about casting spells. I have not read this, only skimmed it. I love the look and feel. I believe this is a game in which your actual words maybe determine what kinds of magic you can create, perhaps similar to The World Tree. I'm not sure though. Will have to read up.

Skimming it... looks like you use letter tiles, ala Scrabble, to build spells. I mean this sounds pretty dope*.

A criticism is that there's no table of contents. You just drop right into the book. And there's no index. For a 64 page game book to have no contents page and no index seems like a huge oversight. You can't just skim 64 pages and find stuff easily. You need some guidance. 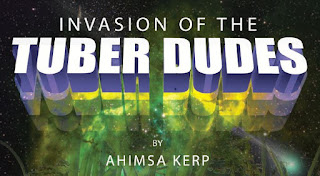 Invasion of the Tuber Dudes by Ahimsa Kerp is a first level Old School Essentials adventure. I haven't read it yet but I'm adding it to this post because the title is funny and page 11 (12 of the PDF) features a new class: the skellington.

Skellingtons are great. They enter the adventure because PCs that drink from or fall into a certain clear river have a high chance of turning into a skellington. The immediate effect is they instantly become skeletal and gain 2d10 hit points. There's a funny bit that if there is a cleric present, they are immune to that cleric's turn undead ability... but only that cleric. So after this point the PC is dual classed as a skellington. They never again advance in their original class and only advance as a skellington. I mean... I love the shit out of this.

This one is worth it for the skellington class if nothing else. I'm a huge fan of adventure perils that utterly transform PCs. In campaigns I have ran, PCs have been turned into cyorgs on numerous occasions and a monkey at least once. The best part is that when given the chance to reverse the monkey transformation, the player said no. He liked it.

I wanted to do something interesting with some of the basics of urban life in the game. Food, drink, substances, sleep, and money. Because this game is heavy focused on setting. 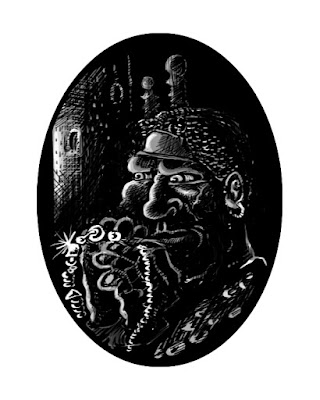 In Kanebok, the city of the game, there is coinage but it doesn't really matter. Because people value a more abstract thing called glimmer, or glim for short. Basically, the idea is that the people of this world value that which glimmers. And the extension of that is the shine of the person who has the glimmer. Meaning: you can "sell" your worth by roleplay. It kinda doesn't matter how many coins or baubles or silver hoops you actually possess. That stuff is very abstracted. Instead, you have a dice value of glimmer that you possess. When you want to trade glim for something, you don't just plop it down on the counter. You can, of course, and that's OK. But it won't win you any favors or discounts.

Instead, you present your glimmer with flair, if you can. One way to do that is to offer some kind of story along with the glim. Like "See this copper disc? It is etched with the head of a bear that swallowed three men whole. The bear slayer extracted the copper from the bear's own blood and forged this disc." And the person you're talking to, perhaps a person from whom you want to get a nice new pair of boots or sword, may find that story charming and accept your offer. This also boosts your social status as a person with good tales.

Mechanically, it is about rolling some number of dice from your glimmer pool and trying to match or beat the target that the Judge* has in mind for the vendor. The coolness of your haggling attempt will influence that target (the Judge becomes the NPC vendor, listening to your pitch).

Of course this is a sword and sorcery adventure game, so I don't want sessions to be all about haggling. There will be quick and dirty rules for abstracting through this process. You don't have to roleplay every vendor interaction. In fact, once you establish a rapport with an artisan maybe you do end up with a standard glim value that is spend when you need their shit. Only when your social status changes or something about the vendor changes would you need to revisit an interaction.

Other posts about Sand in the Bone you might find interesting:

Sand and Something
A Reflection
Weapon Whoopin'
Marks and Risk


*I'm using "Judge" as my go-to for GM. This is not settled yet, I may change it. But it god damn sure won't be "referee" nor do I want to go with GM. Of course I'm tempted to go with Sandmaster, because sand is really central to the game. But the Nounmaster thing is probably played out. So maybe Judge is just what it will be. Personally, I don't care for arguments about the language of naming a GM and how it colors the play experience. I don't believe it does color the experience because honestly nobody at the table actually calls you by GM or DM or whatever. Mostly it's just "Becky" or "Jude" or whatever your dumb name is.
Posted by James V. West at 6:00 PM No comments:

I did the art for the Founders and Legends III banner this year. Instead of a dragon, Luke & company wanted a chimera type creature. So this is what I did. 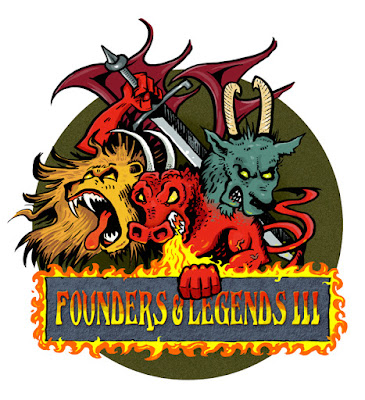 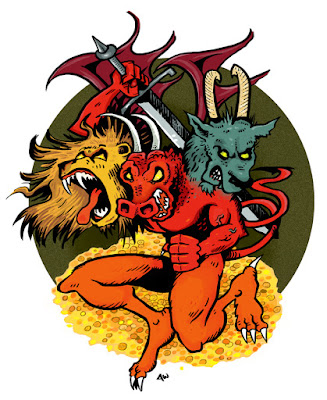 The idea was based on a really old sketch I did and never really used anywhere. This was called "Veng Bulak". 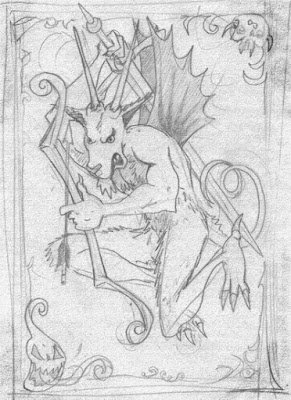 Saw this posted on FB. It's a nice little BX character generator. What I like most is how it includes the default list of basic skills from the game. Of course that game never calls them skills and it damn sure doesn't list them for you. But if you distill it, you get a list like this one. I might start including these on my character sheet designs. 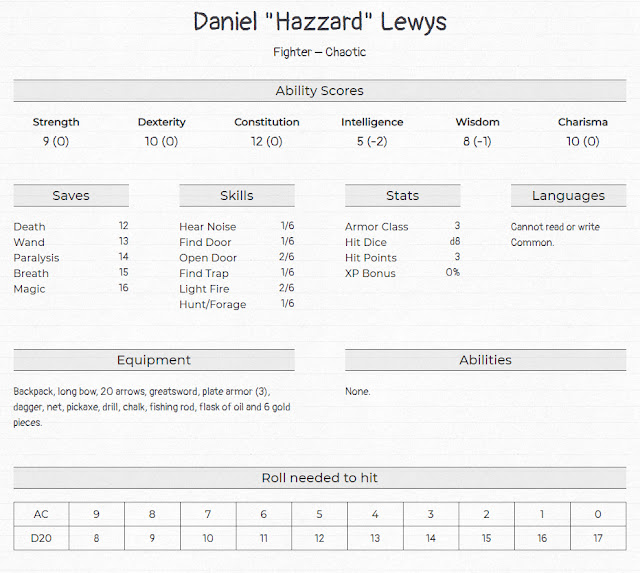 There are other character generators. I might search them all up and make posts about them too. When I'm feeling froggy.
Posted by James V. West at 9:14 AM 3 comments: