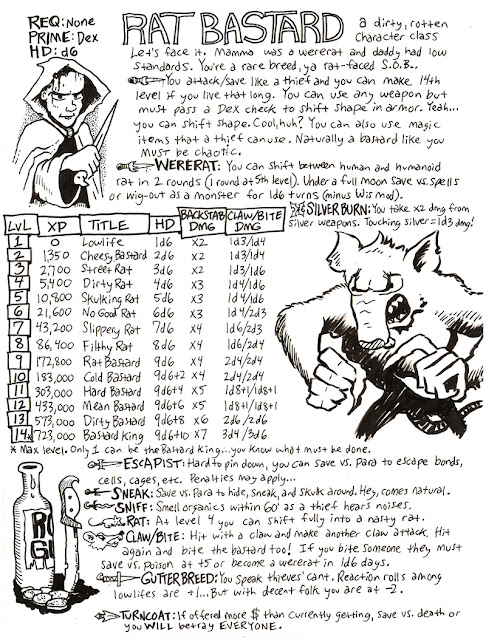 The gravity guard will not budge one inch. I dare you to move him. 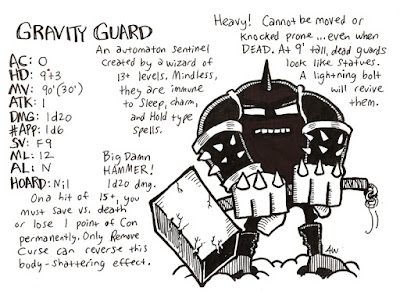 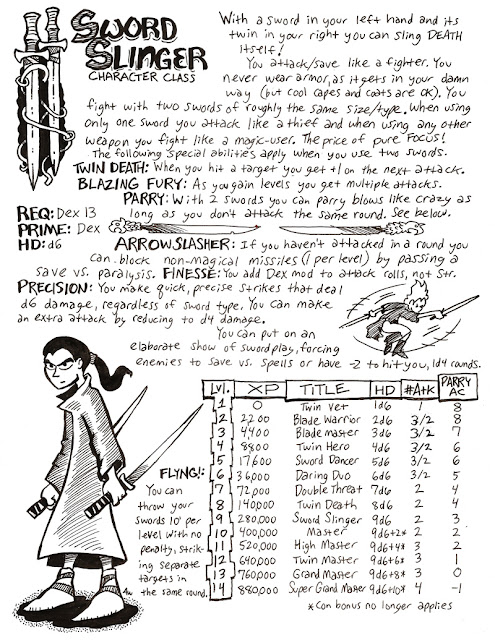 Here's another version of the witch. I tried to jam every single witchy thing into this class that I feel like it needed. It's not as simple and elegant as I planned but then again witches are complex individuals, right?

For the record, yes witches can and do cast magic-user spells exactly like a magic user. I tried to indicate this in the text but it seems a bit unclear. 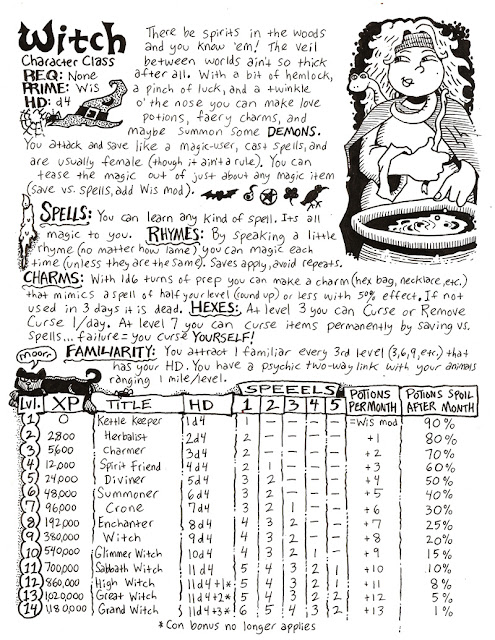 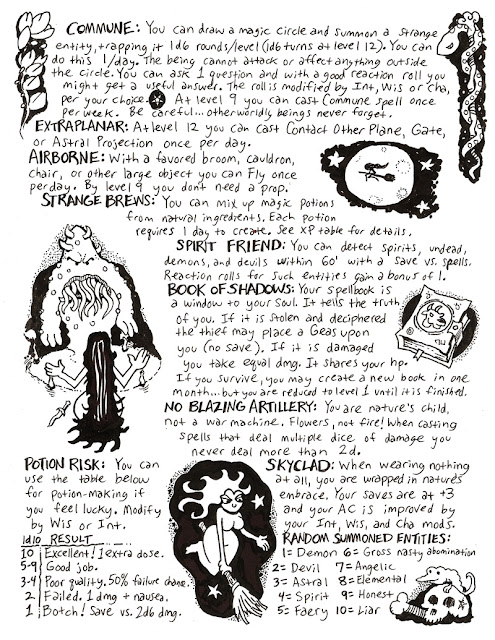 Penangedusa is a stone cold hottie. 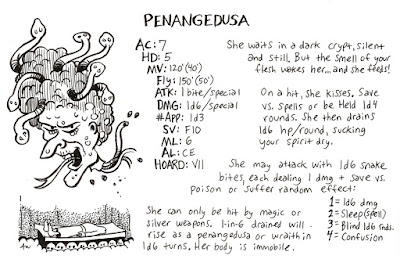 Olagonanaplix eats souls because they are tasty. 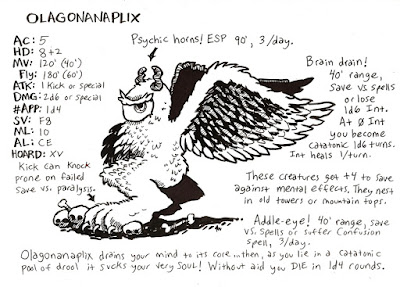 The ribbler enjoys popping your open and eating your heart. But it lacks a certain...coordination. When it has a lot of limbs it just can't seem to get the job done quite as easily. 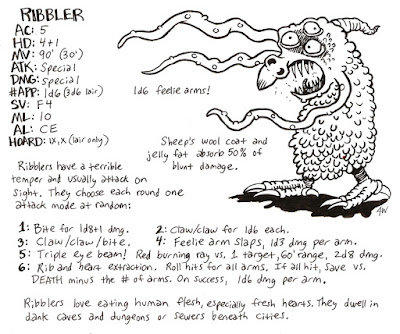 This monster doesn't really wander far from its treasure as you can see. 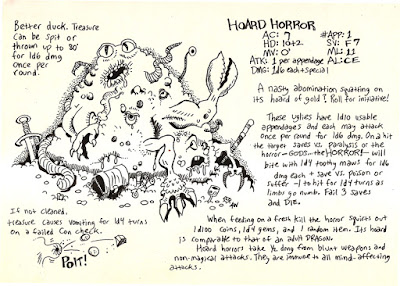