This was inspired by Jeff Easley's iconic Dungeon Master's Guide cover. This is, I think, the first DCC sheet I've done for anything other than level 0 characters. 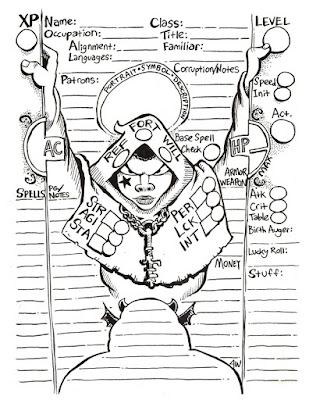 Doodled another OSR style character sheet. Enjoy. And let me know if you use it. Take pics! 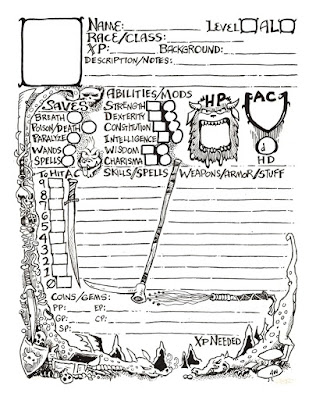 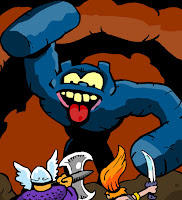 These humanoid creatures are blue all over and have bodies like giant bears. Their muscular arms end in hammers, which they use to smash enemies to pieces. Hammerhands are not too bright but can be employed as guards. They rarely speak (most can’t) but communicate with each other by bashing their hammers together, a sound they can hear for up to 10 miles away. As magical beasts, they take only half damage from non-magical attacks. Because of their inability to employ subtlety, most employers avoid using these creatures as guards because they tend to destroy everything they touch.

A strike from a hammerhand fist will instantly smash wood, stone, and most other materials and normal items. Magical items and materials are allowed a saving throw to survive. Hammerhands are immune to charm spells. 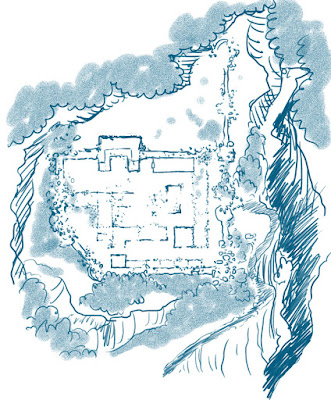 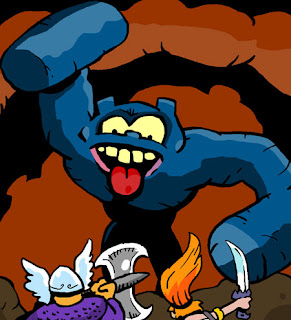