A lot of people have asked me about the schedule for Black Pudding #6 and I have replied with pithy or vague comments such as "someday" or "when I'm finished" or "SOON". Here's where I'm at on that and other projects, in order of importance.

I always treat my paid work as primary. I am actively working on or slated to start work on art for Barbarians of the Ruined Earth, Fight This Mutant, Leopard Women of Venus, and an upcoming project for which I don't have a name or website to point to (but I do have money in the bank so it's a lock for sure). These projects get first treatment, within the range of their due dates. As this type of work is basically ongoing, I sprinkle my personal stuff between due dates as I can. 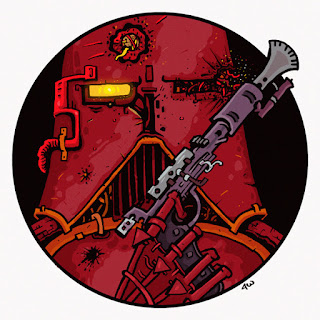 This book is on the front burner. It's a Troika! setting that will come in at about 48 pages, saddle
stitched for the print run, in color. The writing is 98% finished (heading into the edit phase, as well as actual play or "playtesting" as they sometimes call it). 90% of the art is completed, though I will probably add more as needed to flesh it out. My goal is to try to get this knocked out and published by end of the year, but that really depends on the layout guy's schedule (the ubiquitous and sorcerous Matt Hildebrand), which I am not sure about. At any rate, my goal is to give Matt all the stuff he needs by end of November.

This one is probably next. And I simply cannot put a date to it. My process for creating the zine has always been to wing that mother. I don't plan these things out. I create pages as inspiration strikes and when I get 24 inspired pages plus covers I roll with it. 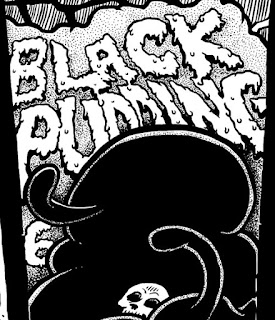 I checked the folder for issue 6 and it looks like I have 12 completed pages... halfway there! I also have a cover, which I drew months ago and will probably be the one I go with. I wanted this issue to have several more highly detailed pages so some of the ones I worked on were very time consuming. I hope it is worth the wait.

I am in a Troika! mood lately so it's a little harder to think about B/X stuff. But I don't want to muddle the content of the zine with other game systems. If it had been a mix of old school games from the beginning I'd be OK with it, but the thing has been almost laser-focused on B/X style content. I want to maintain that focus, at least through issue #6. I have no idea what will come next. I don't have any reason to think I'll end the series but it might go on de facto* hiatus as a result of me doing other things for a while. Dunno.

*Is that the correct use of "de facto"? If not, I've been using it wrong my whole damn life. 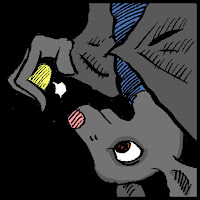 This is always, always, always on my heated backburner. Technically I don't have to ever touch it again because it's already published as a Labyrinth Lord supplement. I can walk away. But I can't walk away because I want to do more with it. Either a standalone game or a follow-up LL supplement. I'm still not sure which. But eventually I'll get it figured out and deliver something cool that will hopefully scratch that itch. And it might be after Black Pudding #6. Maybe.

Holy shit I had about ten typos in this post. I really need to slow down when I write.