I post most of my pinup art over at Blood Red Pinups. But that one exists so I can be unfiltered and post nudes if I want. I also post pinup art here sometimes as long as it would be fitting to hang in your church. 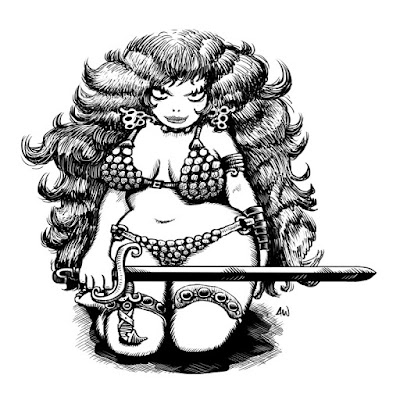 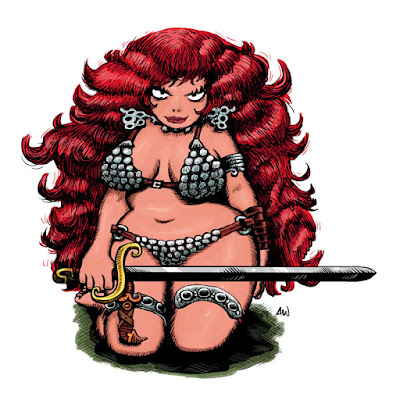 Funny thing about this character is I have no real understanding of her history. Since I haven't read every Robert E. Howard story (shameful), I always assumed the character was in some Conan pieces I hadn't encountered yet. But actually she was almost entirely invented for Marvel Comics during Roy Thomas' legendary run on the Conan comic. There was a Howard story about a character named Red Sonja but it's utterly unrelated to the Conan saga and is actually set in historical Vienna.
Most of the recurring female characters of modern Conan stories are based on characters who appeared in maybe one or two of Howard's yarns. Belit and Valeria are famous examples, with Red Sonja being closely tied to Conan only through the comics.
Very interesting, don't you agree?