Here are ten islands of Rone. I named them and gave them each a small description for the game. Eventually, if luck holds, I'll produce a nice little RPG book out of this and expand on each, with some cool maps and such. 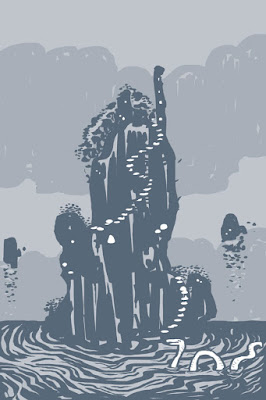 MURKHOLD
Small island with cavern system and a tower. Lair of Murkwand the wizard, if legend holds. Waters home to lonely sea serpent Issidor - said to be a lover of Murkwand unjustly transformed into a beast. 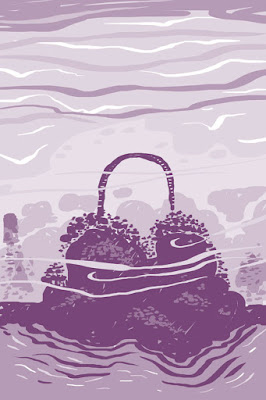 TWINKNOB
Two hillocks rise from the waters, a great stone arch joining them. Arch is filled with chambers once dedicated to the arts but of late inhabited by strange interdimensional travelers confused about where they arey. 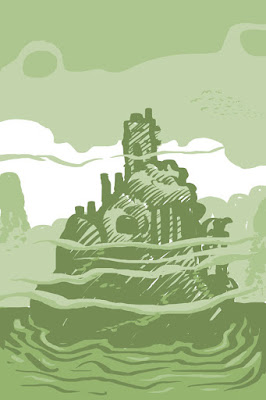 GREENSOME
Once a vast, picturesque isle. Now a ruin of moss and decay. Who knows what dangers lurk in the chambers and corridors long forgotten by mortal eyes? 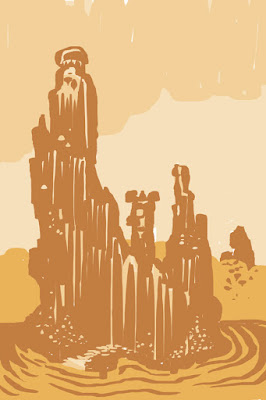 THE WEEPING WATCH
High and stoic, the Watch is home to the Watcher - a singular figure of great power and deep wisdom. Those who come here seek knowledge but few are prepared to pay the price. 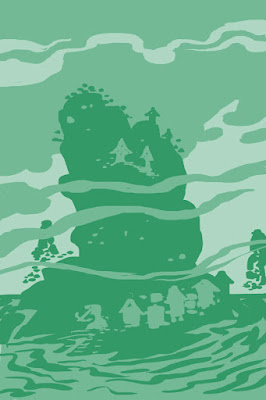 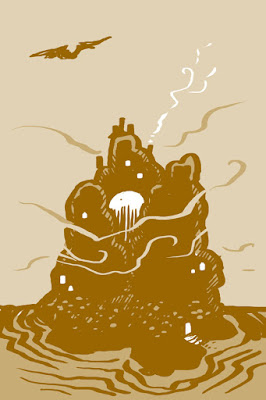 KEEPSAKE
The Old Egg lies still. The people of Keepsake ensure it remains that way. 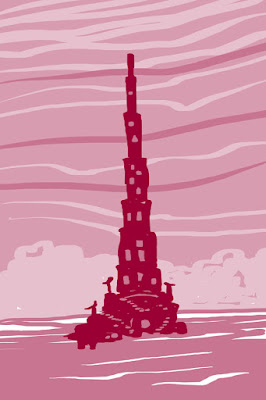 ETTERISK
Remnants of a once-mighty palace sacred to the Queen herself. Now half-submerged and completely lost to foulness and monstrosities. 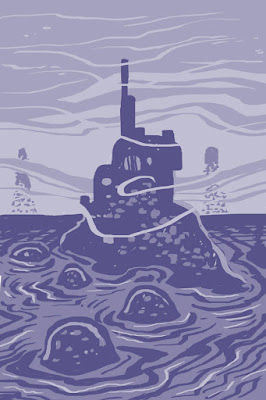 URTLESPIRE
The giant turtles surround it. A mad witch yet roams its tower. 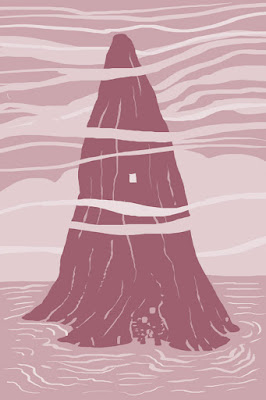 OBBELON
What is that droning sound that wafts across the mist-winds? What shadow passes before that high doorway? 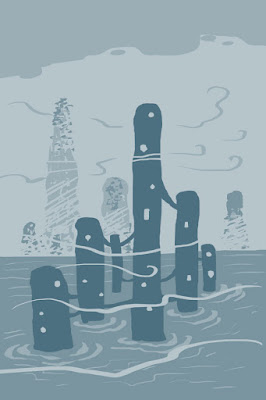 NEXPILOR
Six old towers, half-drowned. Bridges and lights and civilization. The smell of baked bread and wine? But will they welcome a traveler or toss them into the watery dungeons?