I am going to run a new campaign for the Monday night Doomslakers group. It is set in a world called Rone, which is a lake world I dreamed up maybe 15 years ago. I pitched it to the group like this:

Jack Kirby and Mike Ploog fall into an EC Comics fantasy world controlled by the better side of Vaughn Bodé's imagination. A mist-covered lake riddled with tall, mossy islands and weird creatures. Old gods beneath the dark waters. Strange races of weirdos. Long lost temples. Robots. Armies of ants. Waterlogged dungeons where slumbering computers reboot as you tread the dead hallways. It is a platform game slick with algae.

It's a BX D&D based campaign with 9 custom classes, including the one pictured here. Should be a hoot! Might even be a published thingie for Old School Essentials to be squeezed out of it. 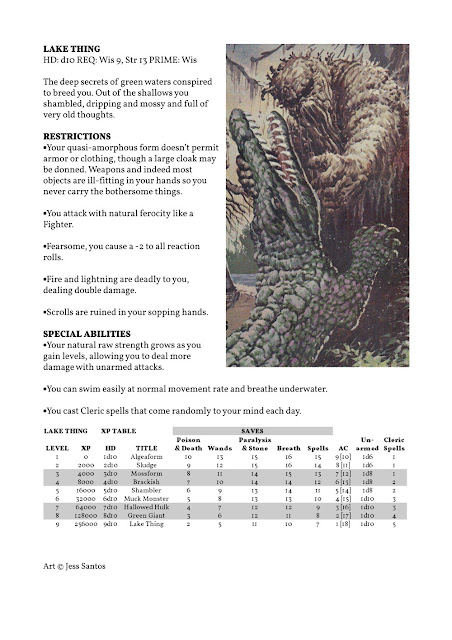