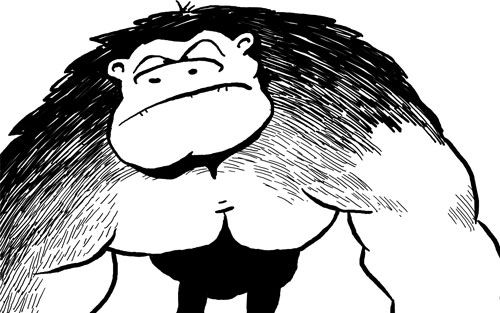 Here's a random thing from 2017 I found on the hard drive. I believe it was meant to be a 200 word RPG entry. "Superirorium" is pretty damn lame, JV.

It is 1955. You are on a secret mission to space to find a better source of energy before the Communo-Nazis. Your ship is caught in a weird portal and crash lands on a verdant world of dinosaurs and robots. The planet is ran by a madman called Mongar who collects alien bodies for his wretched experiments.

The planet has a Soviet base, violent talking apes, flying snakes, and sub-zero nightly temperature. Mongar has captured rockets and flying saucers that might still work.

Mongar’s power comes from Superiorium, a liquid energy source from the heart of the planet. It is yellow, acidic, and burns hotter than jet fuel for 1000 hours per ounce.

There is a 2-in-6 chance Mongar will fall in love with a random PC.

Roll 1d6 for each to determine your Smarts and Fitness. Swap them if you want. Roll 1d12 + ability score vs. a target of 9 or 13 (hard tasks) to perform actions. An injury requires a survival roll (9). Further injuries are 13 (hard). You heal 1 injury per day.

Can you survive Mongar’s attacks, avoid the apes and snakes, and escape the planet with the Superiorium?
Posted by James V. West at 10:43 PM