G+ Running Out of Hit Points 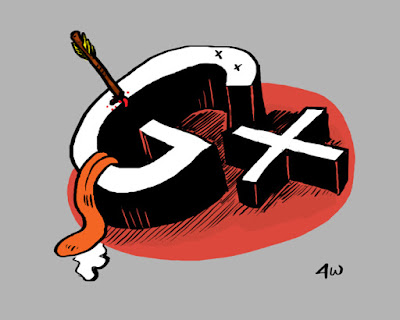 My G+ feed has been dwindling for a while thanks to Google's announcement that the platform would be shut down very soon. Now shit got real because if you'll notice there's no longer a G+ button below my blog posts. Also, can no longer leave comments on my blog via G+ and all previous comments left in that fashion are going to magically disappear in a puff of vaporous nothing. I did run the takeout download to get all my G+ stuff so it's sitting in a zipped archive on my hard drive. I'm not really sure what to do with it, to be honest.

And yeah, this all makes me sad. I know it makes a lot of people sad. G+, for me, has been a hub of creative fun for a good run of years. I also realize that some people didn't love G+ for various reasons, including the fact that the OSR, which was very strong on G+, includes a lot of politically right wing individuals. For some people on the left, a right wing person is a threat to their actual physical safety and having one hosted on a platform sends an unwelcome message to them. It's complicated. Not everyone agrees about it. It's a thing.

I have started using this blog more since the announcement and I plan to continue doing that. I'm also on Instagram and Facebook. I do have a Twitter, but I barely touch it. I also have a MeWe and I'm trying to use it more, but I just haven't gotten the habit of it down and so far it doesn't feel quite as cozy as G+. Maybe in time it will. I don't know.

The bottom line is that G+ is going away very soon and there's nothing to do about it. So no sense whining and wishing, I'm just going to move on and try to find a new groove. After all, Google isn't shutting ME down. Right? Right?!