The RPG Folder That Killed Hitler

A stalwart continuation of this series.

The B/X Rogue: Before he was occupied with producing the best version of B/X since the original, Gavin Norman published a series of cool books for use with B/X and Labyrinth Lord. This one is a character class - the Rogue - that basically fixes the old Thief. We've all taken stabs at doing this. I did it in Black Pudding and on my blog and probably on a napkin somewhere. You can tell when a class is fundamentally broken: everyone almost to the person attempts to fix it. Let's face it... how often did you try to fix the Fighter? Not as often, I'd wager.

Anyway... Gavin succeeds here. You get a robust B/X style class full of all the goodies that thieves and rogues are known for. You get options. You don't suck at things. Gavin avoids the trap of those pathetic low percentile skills by taking a different approach. You have a certain number of "talents" and you can pick from a list of over 30. Each level you gain a few more. And instead of having an ever-increasing skill rank, you can do your talents pretty much at a high level of skill from level 1. For example, climbing a difficult surface requires a Dex check... and most Rogues will have a decent Dex score so you're going to succeed a lot. If the surface is easier... no roll required.

You can select from picking locks, reading scrolls, deciphering languages, bashing people over the skull, fancy fighting, and loads of others. 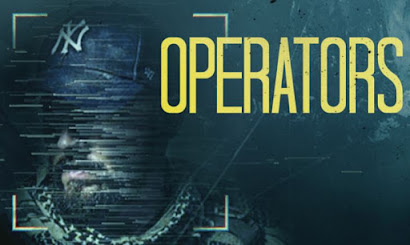 Operators is by Kyle Simons. It appears to be a Fate-based game from 2018 focused on, I guess, military ops. Not at all my cup of tea. But this RPG Folder Project is not about focusing on games I like, it's about randomly opening files and looking at them.
I won't say much about this one. There are lots of photos of military type stuff. I'm not a fan of that, generally, and I'm also not a huge fan of Fate. But I want to stress that I'm not opposed to either of these things - just not attracted. I don't even know why I have this... unless it was part of a charity bundle, maybe? The book appears to be competently composed and I'm sure it's a lovely game to play. No criticisms from me, just not my bag.
I did note that it was part of The Gauntlet community and I enjoy their Fear of a Black Dragon Podcast quite a bit. So that's cool. 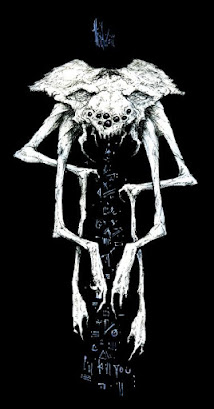 The League of Seekers by J. Lasarde (and others) is an RPG about... something. What is it about? I only just opened the PDF and read the first text I came to, which seems to be a kind of intro. But it doesn't actually say anything about what I'm reading. It tells me this is a TTRP and that is has something to do with history. It's basically a disclaimer stating that if some history is missing, that's not a big deal. This is fiction, after all. And it has no political message. Ok, fine, but what is this?
The art so far is super cool and creepy. So this is a game about monsters? The table of contents reveals some thematic stuff. History, Vampyrs from the East, Seekers.
So at this point I'm thinking in this game you play the role of a Seeker. But what is a Seeker? I would expect to see a clear description or some kind of clear signal as to what a Seeker is, at least in the next few pages.
There's a badass Cthulhu-esque drawing... then we get into Histories. And these are little paragraphs on a timeline, starting with a 730 CE (AD in the book) event near Damascus. Nothing about a Seeker. You gotta read?? This is a timeline... I gotta read this to know the game? Hmm.
Ok, 8 pages of timeline then a really badass art page of maybe souls looking through a door? Then we get our Introduction... and it's more prose and a paragraph about percentile dice. Then we immediately go into the game's resolution mechanics. Then a supremely awesome Cthulhu drawing. Then our Genesis chapter, which I think is chargen.
More prose. Then something about 18th century social classes. Ok, so this is where you decide which class you come from. Ok. What am I? What is a Seeker? No definition. No clear statement on what a Seeker is or what I'm supposed to do in the game. Lots of atmosphere with the great art and lots of prose text which... admittedly... I detest. Not this prose in particular, but this sort of thing in RPGs in general. Not a fan at all. Call me basic.
The book then seems to dive head first into various life paths and other chargen stuff. Looks like you can be a Vampry. Cool. But what's a god damn Seeker? Piecing together clues from the text, I would hypothesize that Seekers are people who know about or suspect supernatural stuff and they seek it out. To destroy? To catalog? Not sure. Let's do an experiment. I'll ctrl+F and look for "Seeker" from page one and see what I can see.
Ok... on the Contents page I can see that Seekers are reborn as "avengers" defending the people. So maybe Seekers are like reconnaissance super heroes. I'm now thinking League of Extraordinary Gentlemen. Maybe.
League of Seekers is formed in Paris, 1699. So that tells me a starting point. And I see that Seekers are sent to hunt monsters and map dungeons. So the picture emerging to me now is pre-Victorian clerics going on dungeon dives. Maybe.
The game book layout is ok. It's a bit 90s desktop publishing to me, perhaps in the Vampire-era aesthetic. Not my cup of tea, so I'm not a fair judge. I just know that it didn't grab me. The art is really cool, though. I really do like that.
But this game meanders and it's organization is confusing and baffling. This game tells you that you are a Seeker in a TTRPG but doesn't tell you what that means. It either wants you to do a lot of work to figure it out or it never actually reveals it to you in concrete terms. I think this is a serious problem that could easily be solved. That initial intro page, the one claiming no political agenda... that's a perfect spot to have a clear, concise sentence or two spelling out in no uncertain terms what the game is about and what a Seeker actually is. Because the awesome art alone doesn't tell you this and the prose is going to be skimmed or skipped by half the people who find the game, I promise.
Huh, this installment felt a bit negative. Sorry about that. I'm trying to be as honest as possible. I never want to be a dick so I want to qualify that my aesthetic taste is my own and if your game doesn't suit me aesthetically, that's not on you. I try to make that very clear. But there are some criticisms that are more objective in nature and I will call those out as I see them.
YMMV.
Posted by James V. West at 1:24 PM