Continuing this series, just looking through and sorting my RPG files. Still in the folder called "new"...

Ray Otus is one crazy bastard. You should give his podcast a listen. Also, check out this wicked cover. 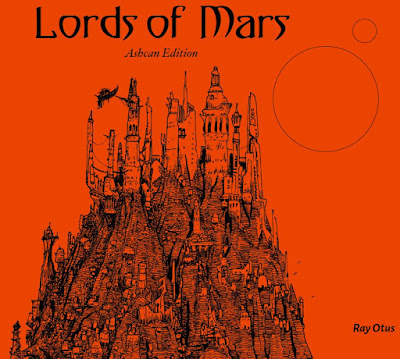 Lords of Mars is a game about Edgar Rice Burroughs' Mars. It's 16 pages long and has a fairly complete little system. You can play it. You can totally read A Princess of Mars and use this little pamphlet to play some damn Martian adventures. Oh, and it looks like it is based on Tunnel Goons, which I mentioned in this post. 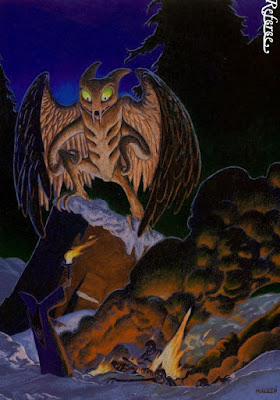 I love Peter Mullen's art. He is obviously the spiritual successor of Erol Otus, which is no small feat. Of course Erol himself is still giving us killer art, so we get both at once!

Anyway, here's Lamentations of the Flame Princess Referee Book. I haven't read it... at all. I own the little hardcover player's book, which is great. Just never looked at this thing. Probably because it has "referee" in the title.

Yeah, that's right. I'm anti-referee. I just hate that term. It smacks of sports and wrestling, not swords and skulls. I like it when games give their game masters a cool title. I don't give a fuck if it doesn't impact game play at all. This is an aesthetic thing and I'll die on that hill spitting blood in your face. I mean... nobody actually uses the GM's title at the table much. So how does it pain you to make the game text more interesting and pleasing by not using generic terms?

Laser Ponies is a QAGS based game with this premise:

Laser Ponies is intended as the ultimate 80's Saturday morning cartoon for girls, one unhindered by watchdog groups or cheap animation. In Laser Ponies, players take on the roles of intelligent ponies who live in the magical world of Panagonia.

Since I know that QAGS, at least in its original form, suggested the use of handing out candy as in-game resources, I can only imagine a wonderful time being had by all if you incorporate candy into your pony magic game. Do it!