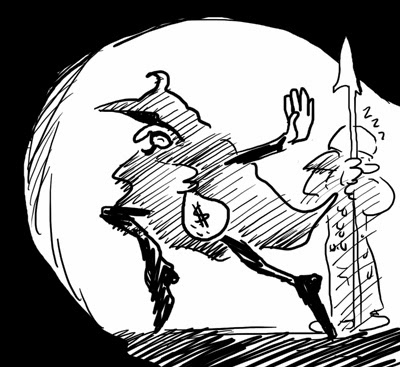 I don't know if this was how the rules were meant to be used or not but this is how I've been thinking of them for a long time. It makes a thousand times more sense to me now than before and it means I don't necessarily have to house rule the Thief (though in all honesty I still do...).
Posted by James V. West at 2:13 AM