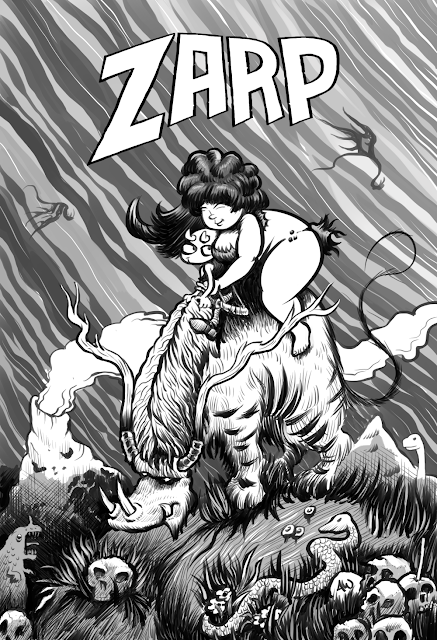 Lately I've been thinking about comics again. I used to be a comic guy, not an RPG guy. I was an active small press creator, self publishing an array of titles such as Anomalic, Blacksheep, and Random Order Comics & Games (which represents a transitional phase for me from all comics to mostly games).

Comics is hard fuckin' work. This is why I probably stopped doing them. The insane amount of time you pour into it may or may not pay back. It's fine, of course. Nobody owes me their attention and I learned decades ago that I'm an underground guy forever, not a highly successful artist in terms of doing it for a living. So I'm cool with screaming into the void. But I gotta be passionate about a thing to scream with comics.

Anyway... Zarp! I was thinking about doing some new Zarp comics. Which lead me to doodle the little devil more and more lately. Now he's showing up in works that were meant to be pure pinup. This one started out as a sexy bit and morphed into a cool Pan-Gea bit. And I'm super happy about how it turned out. This is the vibe I hit in the mid-2000s with Pan-Gea and is, I believe, my most authentic, unfiltered self.*

So this might end up on a comic cover or it might end up in an art book. I'm giving serious consideration to publishing a collection of my favorite art and putting it out there for those that might like to have it.

*Well... sans the naked bits dangling out. Which I'll happily draw as well. 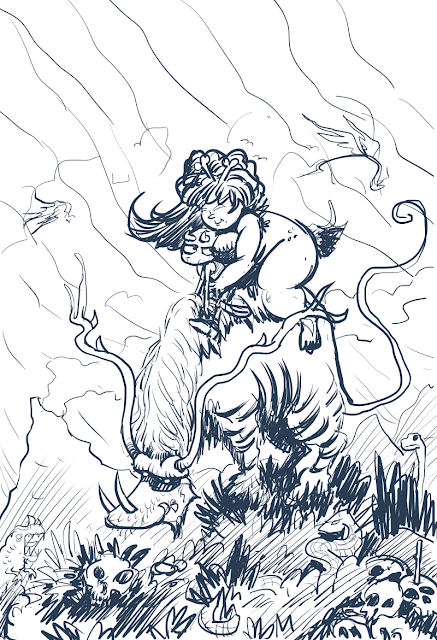