Disclaimer: This is not the first time I've talked about thieves nor is this topic a rarity in the OSR community. It seems there is something about the good ole thief that begs for attention.

So the B/X thief sucks. In fact, all the versions of the thief sucked. Somebody didn't want a first level thief to be any good at sneaking around and stealing things. Oh sure, the XP is cheap, but those 15% and 20% skill ranks are not going to make anyone swoon. 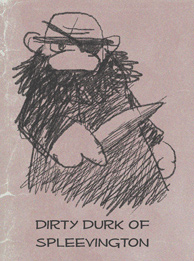 Second edition made a valiant effort to address this glaring problem by granting players the ability distribute “discretionary points” between the various skills at each level. I believe second edition's method is leaps and bounds better than any other early edition. It made playing a thief far more interesting as each PC felt personalized. I would actually use the 2e thief over any of the others any day of the week!

But my flavor is basic. And thus Labyrinth Lord. So naturally I house rule it.

I'm a bit of a stickler for keeping as much of the original intact as possible and adding as few new things as necessary. For the thief, I added more than I normally would. But the thief is the original skills-based class so why not indulge a little?

Here are the two rules I apply to Labyrinth Lord and B/X thieves. The first rule actually applies to ALL old school thieves, in my games at least.

ONE: The General Rule of Thief Skills is Skills Bypass Risk

When the thief makes a skill roll they are attempting to do the task so well that there's no possibility of failure.

If Dirty Durk the thief rolls a 5 against his crappy 20% Move Silently skill guess what? He makes no noise. At all. Nothing can POSSIBLY hear him.

But if Dirty Durk fails that roll what does that tell us? He failed to avoid risk. He wasn't successful at using his skill. He wasn't SILENT. It doesn't mean he was actually heard. What you should do then is follow the normal protocol you would follow for any other class. Maybe make a hear noise check for monsters or just wing that mother. Whatever works for Nadia the Scarlet Mage in this case also works for Dirty Durk.

Don't be a dick and say “You failed your Move Silently roll. The trolls heard you coming down the corridor like a falling piano.” Unless, maybe, Dirty Durk rolled a 100 or something like that.

TWO: I Give Thieves Bennies

I have a short list of thief specialties. I will let thieves pick 2 to start with and 1 at every odd level (3, 5, 7, etc.). It makes each thief different in significant ways by giving the player meaningful choices. It makes thieves sexier... as other games figured out (DCC, Lamentations, etc.).

Here are the thief's specialties. Some may be selected multiple times (stacking). Also note that I do use the elegant Advantage/Disadvantage system from 5e. In case you have been living under a rock, this is just shorthand for rolling twice and keeping the better or worse roll, depending.

Acrobat: Dex check to do stunts or leaps and avoid being slowed down by terrain or being pinned.

Arcane: Can cast Read Magic once per day in order to read and cast spells from arcane scrolls. Must pass a saving throw vs. Spells to successfully cast. Stacking adds one more casting of Read Magic.

Assassin: Backstab damage is increased by x1. Stack for additional x1 each.

Blades: Damage with daggers and knives is increased to d6. Can stack one time to gain Advantage on dagger and knife damage.

Forgery: Copy any normal document or mimic handwriting with Dex check. Attempt to copy arcane spell scroll by making a save vs. Spells minus the spell level per spell to be copied. Takes 1 week per spell per spell level. Failing a roll with a 1 indicates some nasty mojo and ill luck to follow.

Goon: Advantage on hit point rolls at each new level.

Knife Thrower: Range on thrown knife, dagger, or shuriken is doubled. Stack for +1 to hit.

Slippery: AC is improved by 2 for one round if employing defense only. Stacking improves by 1.

Spider Climber: Can climb across horizontal surfaces such as ceilings same as any other wall. Also, Advantage on climbing rolls.

Thug: Knock out target on blunt weapon backstab. Save vs. Paralysis negates. Knockout time = margin of the failed save times thief level.