State of the Random Address

Hola! What have I been up to during the global pandemic?

Y'know. This and that. I have been consistently working from home for my job, which both a blessing and a curse. I dislike having the realities of the day job invade my creative physical space. But alas, these are strange times and I'm just thankful to be employed.

On the creative side, I spent a few weeks working on GOZR, which I'll talk about more at a later time. It's a fairly time-intensive project because each page of the game is art, fully lettered by hand, illustrated, etc. Plus the creation and writing of the game's mechanics all wrapped into that makes it a slow, slow process with a lot of revising and tweaking after the fact. When I'm done, I'll have something like a 24-32 page game book in comic book physical format (it's not a comic... it's just that I'm planning to print it in the physical form normally reserved for comics).

I took a step away from GOZR a little while back and started drawing a lot of more detailed pinup art. I went on a kind of pinup art spree actually, both in terms of drawing and collecting it. I have been obsessively gathering images from the web and organizing them into folders by artist. It's been a fun distraction, almost a passion.

Hell, it is a passion. Always has been, though. Thinking back, I remember my first real D&D character. Her name was Catina Catrid. She was a black-haired warrior-thief who wore a tiger-skin bikini and had magical claws as weapons. I drew her a lot. Fast forward to my early 20s and I was collecting and drawing adult comics. I have been into sexy fantasy art pretty much since the moment I laid eyes on the back cover of X1: The Isle of Dread. Damn you, Willingham.


But of course friends of this blog will already know that I frequently go off on rants and tangents about this topic.

I have been gaming quite a bit. In addition to gaming every Monday night as I have for over 5 years (!), I have been running DCC RPG once or twice a week and playing in a Call of Cthulhu game once a week or so. And I've been running Psi World, which I don't think I could have seen coming. It's been a blast. 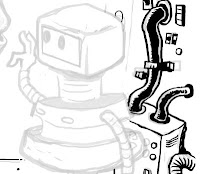 Moving forward, more of the same, I suspect. I'm in a mood to improve my craft. So I've been spending a lot of time studying and appreciating other artists' work and practicing my own craft. I've been thinking about what it means to be an artist and what I want to leave behind. Perhaps I'm more aware of my age and mortality these days. I dunno.

I haven't been in an OSR mood for quite some time. I wrapped up Black Pudding #6 and haven't touched anything related to OSR or D&D in general since, other than playing it every Monday. I don't think this means anything important. It's just part of the natural flow of my  mind. I go through long phases, and I often repeat them. The things I love the most repeat the most often. I have been a lover of D&D and RPGs since 1984 very consistently so I don't see myself "quitting" it, just stepping back a little from time to time. When I think about RPGs right now I am thinking about original systems, not OSR games.